Elijah admitting to the abuse
2. Proof that Crystal is caring for the children. The daycare only takes children from ages 0-5. The other 3 children are with Crystal all day as opposed to being taught in their homeschool.

This statement is included inside of her request for Protective order against Alicia case#PO2021-112 and proves that while the children could be continuing on their course of study, they are being held with a woman who their father knows is not good for them as he admitted in item 5 below and as the children have expressed over and over again and in 7. and 8 below.. 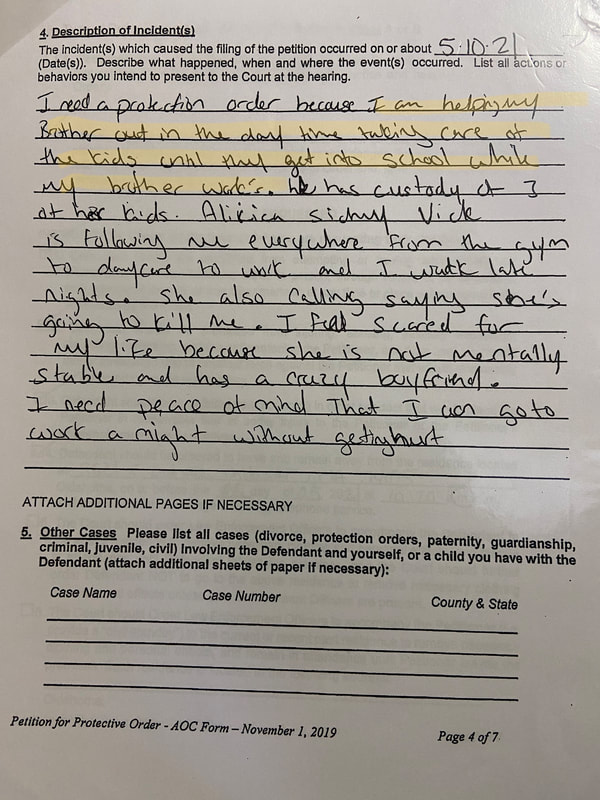 ​3. This is Crystal's OSCN record from when she bit that cop. She was committed to a mental hospital and was held for almost 2 months, she came back to court and was recommitted.

​incident with melody peeing on herself.


​4. This is her calling me to extort their social security cards in exchange for me to see them.
​5.

​This is her threatening me to say the least, but the fact that she is diagnosed with a mental illness where the main symptom is an altered state of reality is shown clearly. This is the cousin who used to work for CPS OK and Payne counties who someone actually broke confidentiality and called to talk about my case, trying to advocate with them for the children to be able to talk to me.
Start at 15 minutes:

​
​6. This is Elijah admitting that Crystal has mental illness and that the children are with her because he doesn't have any other options. This recording is very important in showing the extreme level of narcissism that he has to where he is unable to think about what's best for the children before himself. To cut the children off from me is abuse on his part. This coercive control of my daughter is felonious in 5 countries and 2 states, which means a lot. She wants to talk to me and her siblings, but he is using her as a pawn to abuse me and is abusing her in the process.

8:30 - "I don't have any other options than to let a schizophrenic person babysit"

7. Crystal threatening to hit Max. I don't hit my children.

​
8. ​This is me finally getting to talk to Mimi to let her know everything is going to be okay and someone disconnecting her phone call. This is abuse. Its intimidation, she's a small child. There is no telling how this will effect her long term. She has seen Elijha brutally abuse me and of course she is afraid and does not know what he would do to her. And they are cutting her off from her education. They are both mentally ill and how could this be acceptable.
9. ​This is Mazi expressing how he does not feel safe around Crystal - 7:26
​


​10. This is Max expressing how he does not feel safe around Crystal. He says she called them Dumb among other things. 6:24
8:00 It makes him feel sad that they're there and he doesn't feel they're safe 8:45 he says she said they're dumb. 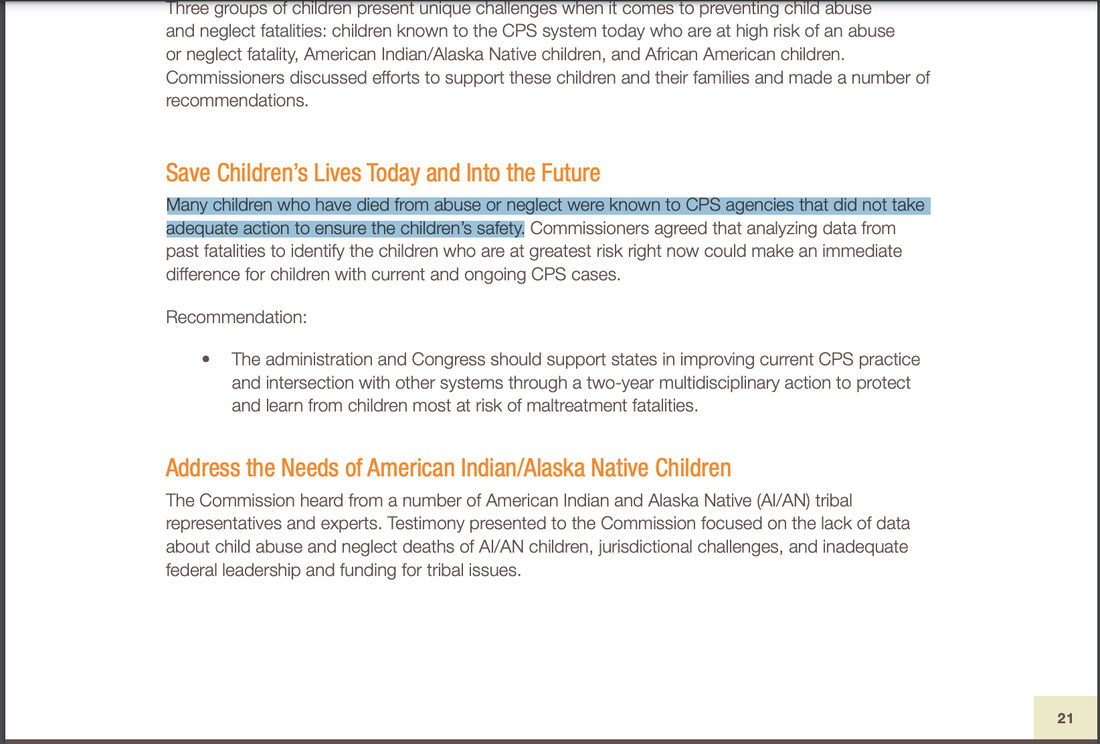 This is from the Federal Arm that provides funding to child welfare agencies. This is their 2019 statistics saying that in most cases of child fatality, they were involved and did not act.

They have put my children into danger and then backed off to see what would happen.


Oklahoma ranks 45th out of 50l for child well-being, just ahead of Nevada, Alabama, Louisiana, Mississippi and New Mexico. Oklahoma children continue to lag behind most states when it comes to major health and well-being indicators, according to the 2020 edition of the KIDS COUNT® Data Bookpublished annually by the Annie E. Casey Foundation.